I’m long overdue sharing a Traeger recipe with you all, I apologize. These Beef Fajitas were definitely worth the wait and definitely the best fajitas I’ve ever made! How can you go wrong with warm flour tortillas topped with super smoked citrus marinated steak, grilled seasoned veggies, topped with sour cream and fresh cilantro? 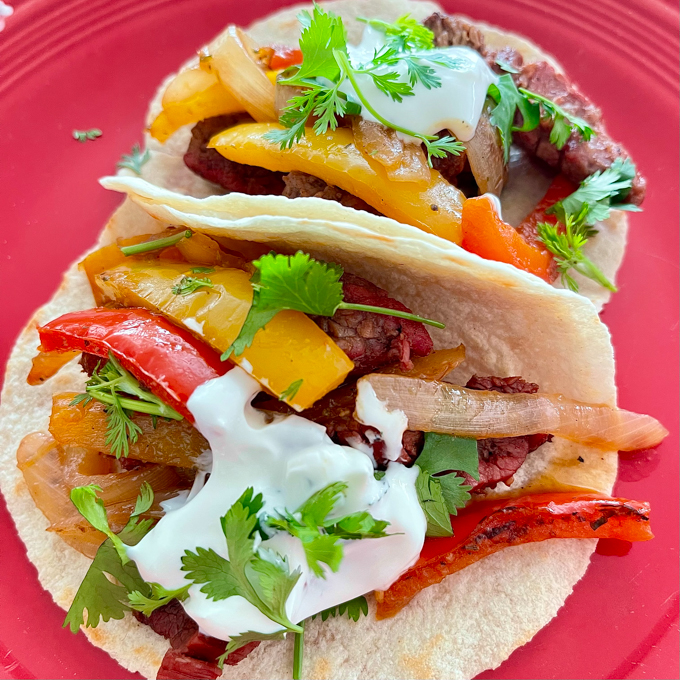 This recipe was inspired by Traeger and they’re definitely worth all the five star ratings! Traeger (or smoker grill) recipes can often seem overwhelming at first, but if you have all the ingredients the day before you plan to cook, they’re actually not as time consuming as it appears. There is usually a lot of wait time during the smoking process, but we enjoy a “Traeger day” as we call it.

Back to the Beef Fajitas … I didn’t realize I was going to share this as a blog post, so the images are not quite up to par, and in fact, I didn’t even get a shot of the meat on the grill. 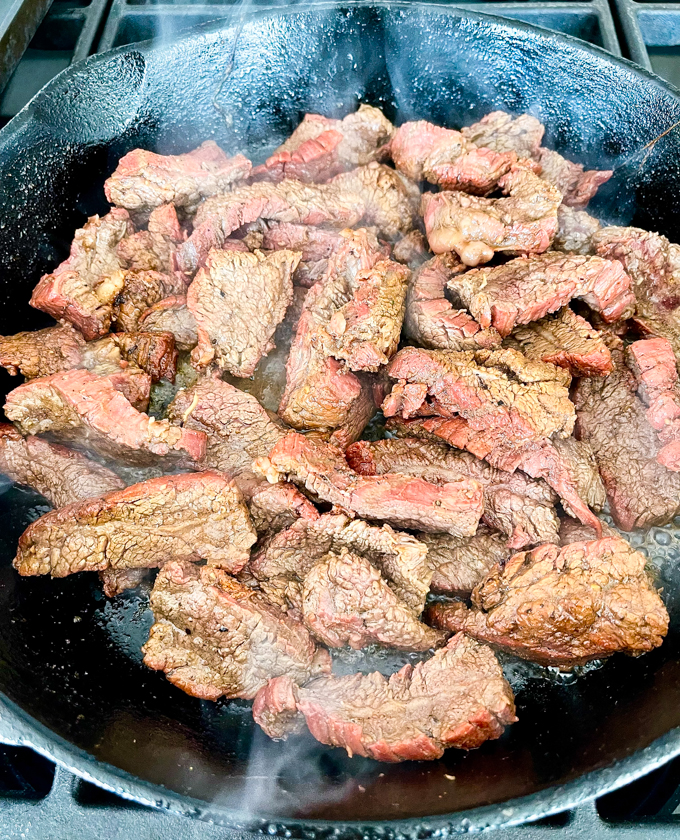 There are no photos of the marinating or Traeger smoking of the meat. Above shows the final sear after it was sliced into fajita sized pieces. After I seasoned the veggies, I then cooked them until tender in the hot cast iron skillet. I seasoned them with Fiesta Rub from Hey Grill Hey. I love both the recipes and seasonings from Susie at Hey Grill Hey. 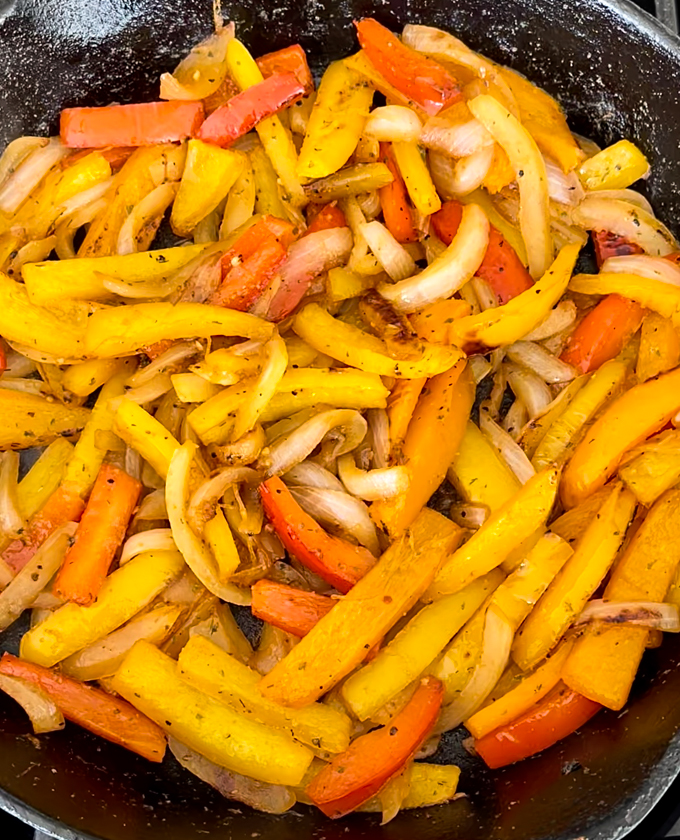 Toast the flour tortillas for great flavor!! I used a large flat dry griddle which allowed me to heat 6 tortillas at a time. 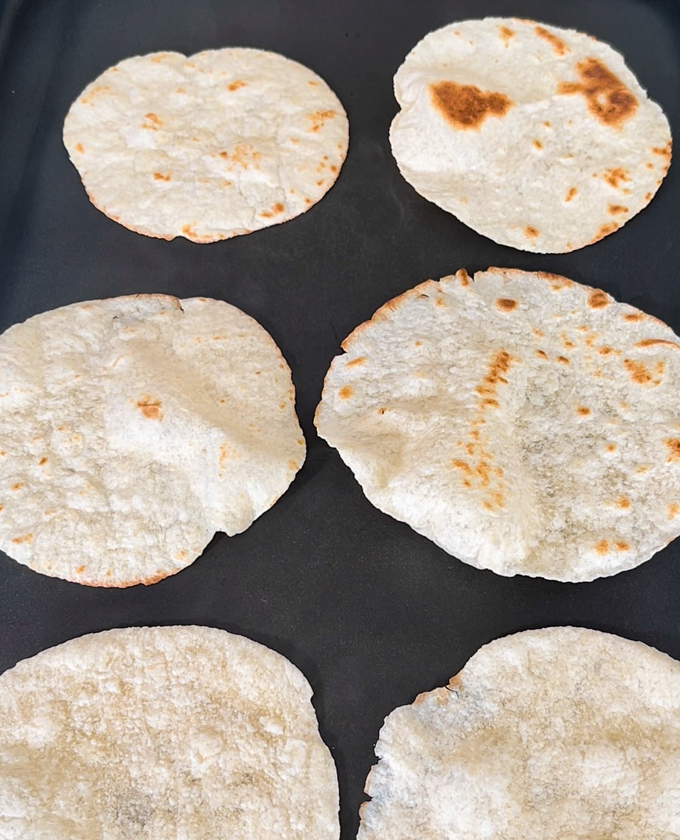 Now’s the best part. Top those tortillas with meat, veggies, and chopped cilantro! Don’t forget to add some sour cream! 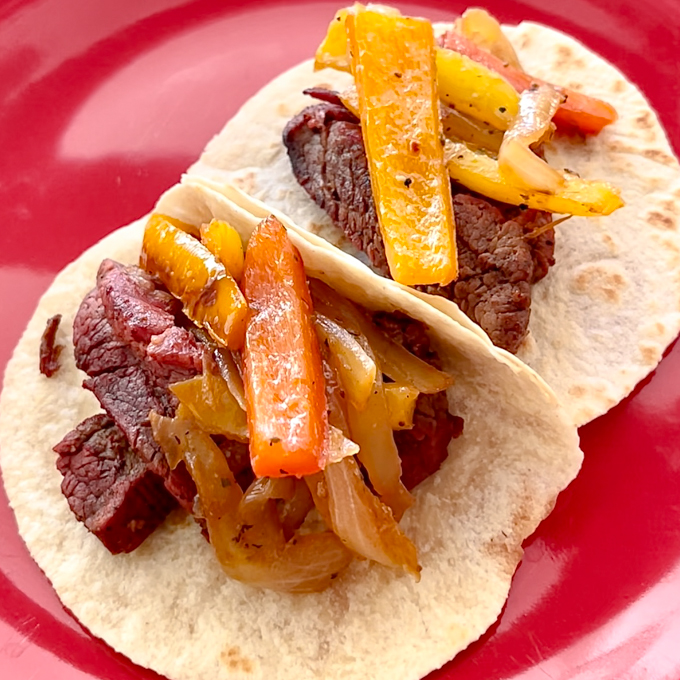 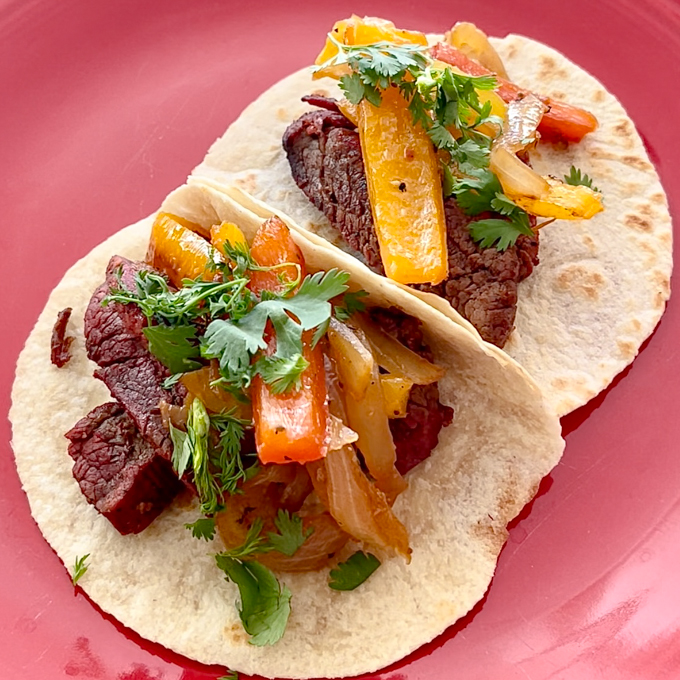 Seriously, how good do these look!

I hope you’ll give this recipe a try! 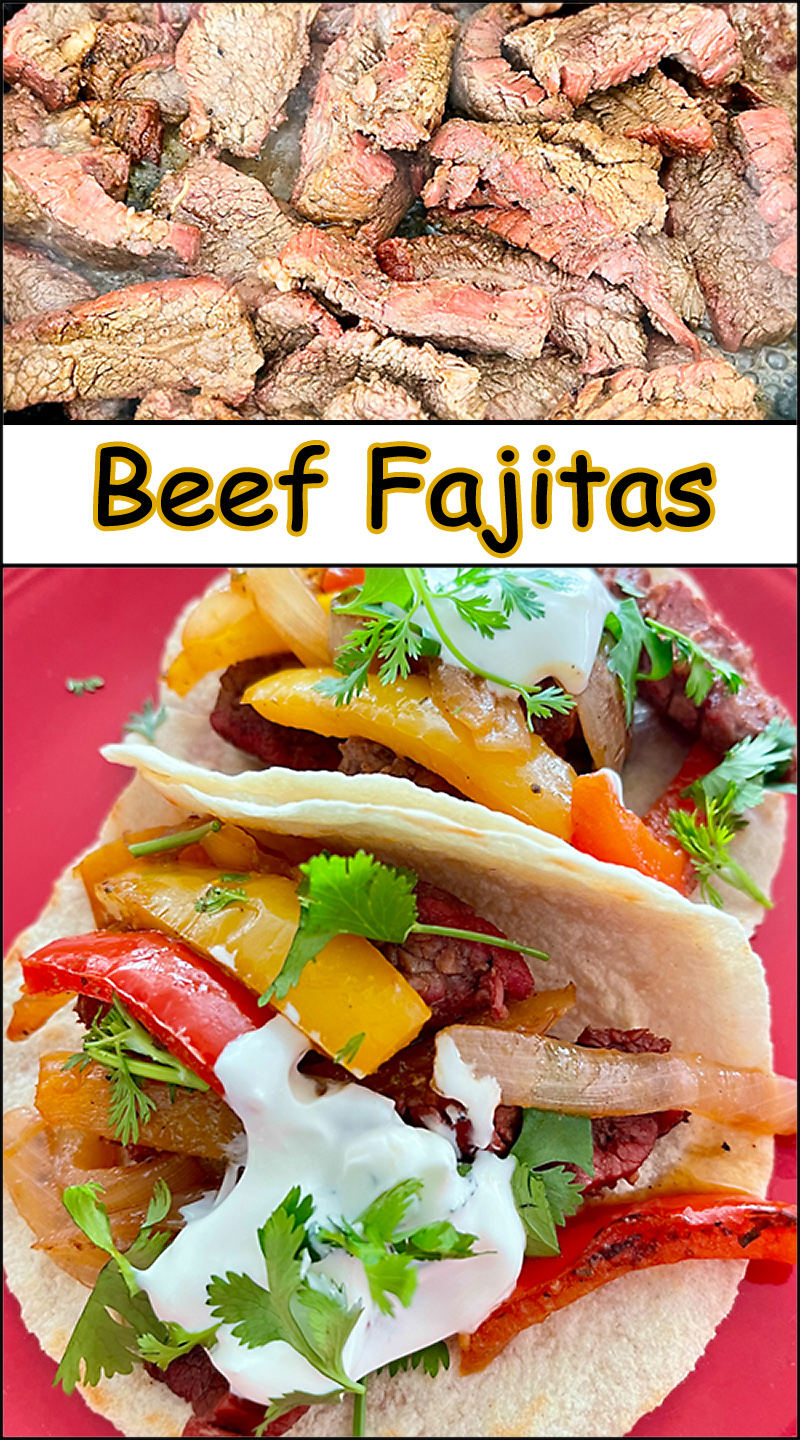 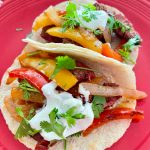 Pretty in pink! As soon as I unpacked my Valentine’s box, I knew I wanted to set a table using the small heart plates. I’ve had them for a year or two, and used them for appetizers and dessert, but never set them as a small salad plate. I searched through all my “pink” tableware and quickly realized that all pinks are not the same. I had variations of “pink” pink, “blush” pink, and “lavender” pink. It wasn’t working until I pulled it all together with the flowers. Your tip for the day is to mix and match, use what you have, and if it doesn’t work, go buy yourself some fresh flowers. #dishhoarderproblems
💗❤️💗❤️💗
#joyineveryseason . . .
#valentinestablescape . . .
#tonitinatabletops . . .
#setthetable ...
#diningroom ...
#tablescapes ...
#entertainingathome ...
#tablescapeinspiration ...
#farmhousetable ...
#betterhomesandgardens ...
#tablestyling ...
#tablesettings ...
#styledtablesaturday ...
#tablescapetuesday ...

This White Chocolate Mocha was delicious! In fact, it was as good or better than I could have gotten at a coffee shop (and I didn’t have to leave the house). What’s your favorite coffee shop drink?

White Chocolate Mocha
•Into a favorite mug, pour in a shot of espresso. Add a second shot if you prefer it stronger.
•Add (hot) White Chocolate Sauce to fill cup.
•Top with whipped cream (and sprinkles).
☕️ 🍫🤍🍫☕️
#joyineveryseason . . .
#whitechocolatemocha . . .

I mixed up the colors and added some aqua! I love the pop of color! What do you think? Does it work?
Details on on my blog (link in profile)
❤️💙❤️💙❤️
#joyineveryseason . . .
#valentinestablescape ...
#tonitinatabletops . . .
#setthetable ...
#diningroom ...
#tablescapes ...
#entertainingathome ...
#tablescapeinspiration ...
#farmhousetable ...
#betterhomesandgardens ...
#tablestyling ...
#tablesettings ...
#styledtablesaturday ...
#tablescapetuesday ...

Sometimes a simple charcuterie board and a glass of bubbly (sparkly cider or champagne) is the perfect dinner! Fill your charcuterie board with your favorite meats, cheeses, veggies, nuts, breads or crackers, and few sweets and enjoy a quiet Valentines at home with those you love!
❤️💗❤️
#joyineveryseason . . .
#valentinescharcuterie . . .
#charcuterieboard . . .

Valentine’s Toffee Bark is a delicious and fun treat! Your little ones will love to help decorate it with sprinkles!
❤️💗❤️
Follow the link in my profile to see how easy this is to make!
💗❤️💗
#joyineveryseason . . .
#valentinesbark . . .
#valentinestreat . . .
#30daysofvalentinesday …

We are experiencing some crazy storms lately! Our poor town has been battered with wind, rain, and flooding! It’s days like this when I’m thankful for family, a warm house, and a stocked pantry! If you’re looking for an easy and delicious soup, try my go-to Tortilla Soup! You can make it stovetop or in a slow cooker (like I did today). Click the link in my profile to get to the recipe.
🥣🌧️ 🥣🌧️🥣
Enjoy and stay safe my friends!
🌧️🥣🌧️🥣🌧️
#joyineveryseason . . .
#tortillasoup . . .
#easysoup . . .
#chickentortillasoup . . .
#homemadesoup . . .